Working on a web application with SpringBoot and want your changes made in IntelliJ IDEA to be visible in the browser right away? Then this is for you:

Installing the LiveReview plugin in Firefox

(* At the time of writing this article, I am using Firefox Quantum 58.0.2 64bit on Ubuntu Linux 17.10), if you use a different version or get newer plugin versions, the details might vary.) 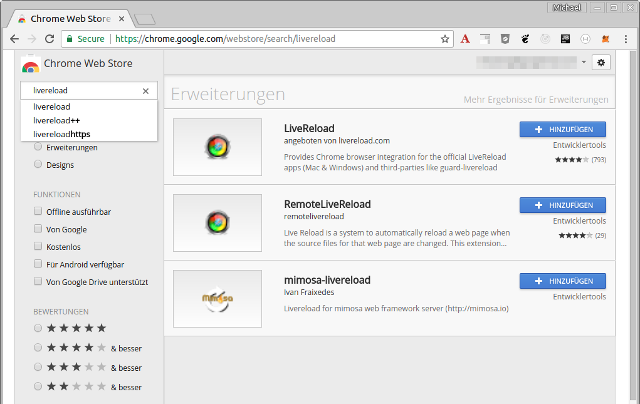 For Maven, add this dependency to your pom.xml (given the parent-pom is effectively spring-boot-starter-parent with proper version number). For Gradle, also given you have a spring-boot-starter configuration, add the dependency like this: In either case re-import your dependency config into IntelliJ IDEA (if auto-import is not activated anyway).

After you made and changes in your source code, you usually have to run "Build Project" to rebuild your code and restart SpringBoot. But in "File / Settings / Compiler" you can activate "Build project automatically" - see screenshot: 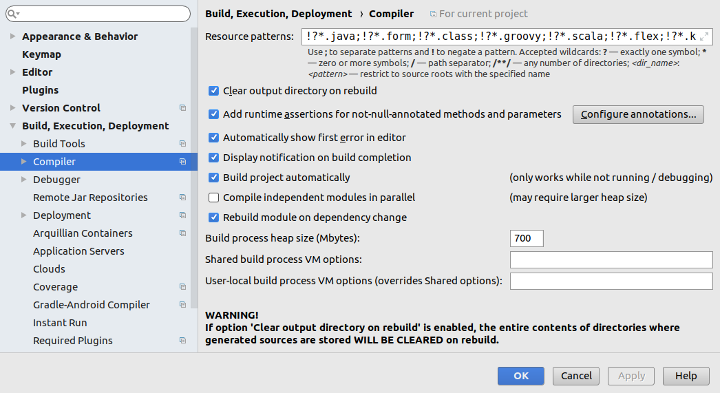 ⚠ The previous step has to be done for each IntelliJ IDEA project again! Unfortunately, as you can see in the hint of this setting, this does not work while an application is running. We can change this in the IntelliJ IDEA Registry, though. Open the Action popup (Windows and Linux: "Ctrl-Shift-A") and type "Registry" and select the matching entry - see screenshot: 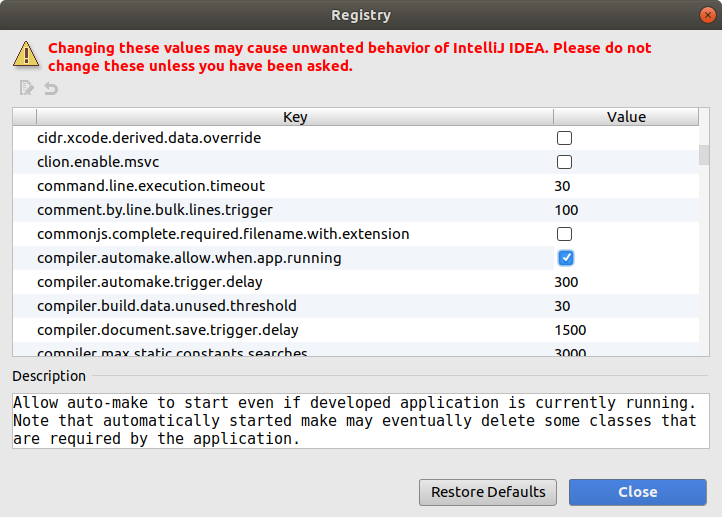 Then activate "compiler.automake.allow.when.app.running" and press the "close" button. Be careful with the other options in the Registry, though!

Finally run your SpringBoot Web project and open it in the Browser. Then change something in the source code, be it Java or HTML or anything else. Now the build should automatically run, SpringBoot reload the files and resources of your app and shortly after the browser also reload and reflect the changes. If it does not work, try re-loading IntelliJ IDEA - in some cases this seemed to be necessary. Also one initial manual reload of your app in the browser might be necessary if the config was not yet active when it got initially loaded.

How it Works in SpringBoot

The whole turnaround usually only takes a few seconds - given that the app itself is small enough. How can it be faster than a startup of SpringBoot with your app? SpringBoot applies a nice trick, it has one ClassLoader for external libraries (including SpringBoot, SpringFramework etc.) and one for your apps classes and resources; and it only reloads the second ClassLoader for a live reload.

Thanks to John Thompson for his great video course Spring Framework 5: Beginner to Guru, where he explains this live reloading trick. You can also find some of his tutorials on his YouTube channel. To repeatedly apply it, it's just often easier to have it in text form, thus I wrote this summary.